This is the first #HashtagHumpday that I’m doing for the year and I have some thing at I just have to get off my chest. Buckle up.

I will judge you when you put apostrophes where they don’t belong. Seriously, it isn’t that hard to figure out if you need to make a word plural, possessive, or a contraction. Kegs / Keg’s have two totally different meanings. #TheyreThereTheir #FifthGradeWasYearsAgoPeople

Hey, Pittsburgh drivers, last time I checked, there’s a law that states you must clear off all snow and ice from your vehicle. I’m already sick of being stuck behind a stream of snow flying off your roof and we’ve only had legitimate snowfall for one day. If you can’t reach your roof, get a smaller car. #ClearlyYoureOvercompensatingForSomething #YoureNotFoolingAnyone

While we’re on the subject of driving in the snow… It is absolutely 100% necessary to use caution when driving in the snow. It is not necessary, though, to drive 20 MPH in the fast lane when there is no one in front of you for miles and the roads have been cleared. If everyone else can keep up with a moderate speed, you can, too. #YourCarIsntSpecial #IPromseYouCanDriveFaster #IJustWannaGetHome

Is there anything more disappointing than thinking about dinner all day long only to realize that you don’t have a key ingredient? I was so focused on making some yummy guac or avocado toast or something with an avocado the other day and when I got home, I realized it had gone bad already. #TheWorst #WhyAvocadoWhyyyy

I’m linking up today with Life with Lolo and Genuinely Lauren for #HashtagHumpday!

There are so many great people out there in the world who deserve to be recognized.  They don’t do things for accolades, awards, money.  They do it because they know they have to.  Or they want to.  There is no outside pressure on these heroes; they have a pretty strong moral compass and operate in there. 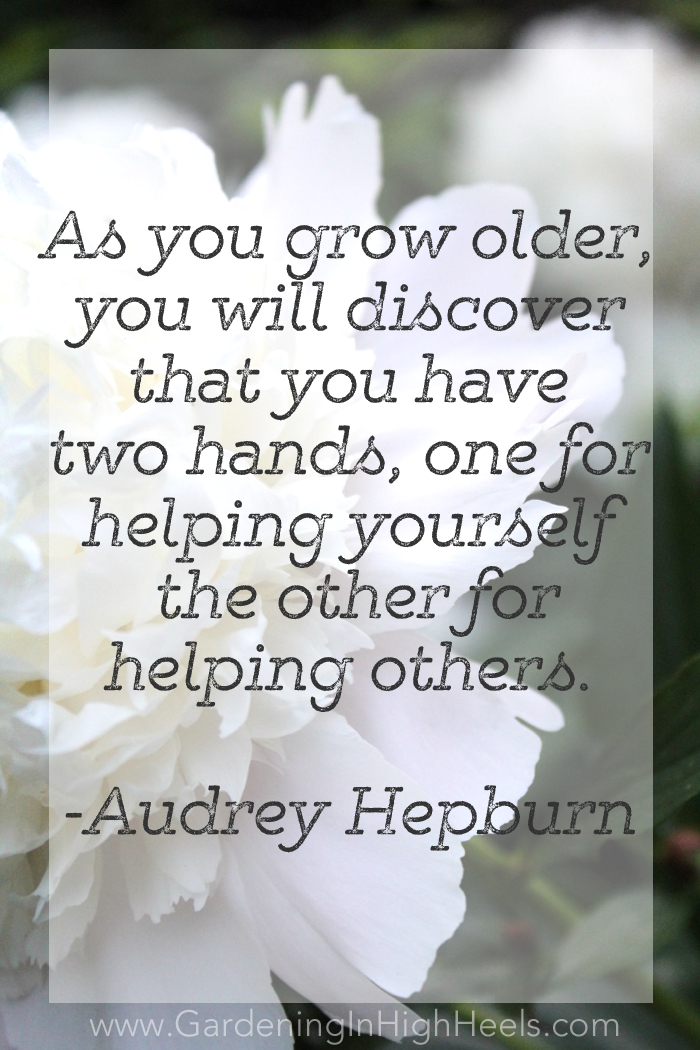 This post is dedicated to any hero who needs a little kudos.  The hero who…

Who is your hero?

I’m linking up with Life With Lolo for Hashtag Humpday and….myself, Katy, and Meghan for Be a Better Blogger!

I try not to write about work too much here because I don’t want to put something on the internet that I may regret or not want to have it reflect the company I work for in a negative way.  But today’s Blogger, May I theme is hashtag everything, so I figured this is a fun way of talking about it.  Take it with much salt.

Not that I’m absolutely hating life and not wishing to work there anymore, that’s not what I’m saying at all. #ItIsntLikeACertainRestaurantIWorkedFor

I’m starting to realize that I don’t fit in with my coworkers.  I’ve always been a head-down kind of person.  I work until the job is done.  So while everyone is standing around having fun and talking, I’m in my cube staring at my computer. #MyEyesWillHateMeSomeDay

I’ll stand around and BS with them, sure, but I don’t feel like I’m 100% included in their group.  I’m wondering if I’ve separated myself from them and if I could ever be truly a part of their group. #IveNeverFitIn #BlackSheepWalking

It’s also becoming crystal clear now more than ever that I’m not a customer service person.  I like coaching people on how to best use social media to their advantage.  That part is awesome. #MyRetailersAreAwesome

But I don’t like repeating myself, especially when it’s simple questions over and over. #ThisIsTheSongThatNeverEnds

#IHaveNOPatience and it really tries my patience.

Like I said last Sunday Lately, it clicked with me why I have no patience for people who won’t just click the damn button on their own.  #JustTryItAlready!

You don’t need permission to always make the right decision.  Just make a decision.  And try doing something for yourself first. #SeriouslyThoughJustTryItAlready

So I’ve been trying to figure out ways to satisfy my desire to work hard yet be part of the group, to have a select group of clients rather than support a large base of them. #TheStruggleIsReal

Have you ever been caught in this situation?  What did you do?

I’m also linking up with Life With Lolo / Genuinely Lauren for Hashtag Humpday!

I could probably stop there.  I started to write this in my head in the middle of a run on Tuesday and that’s how I was feeling. 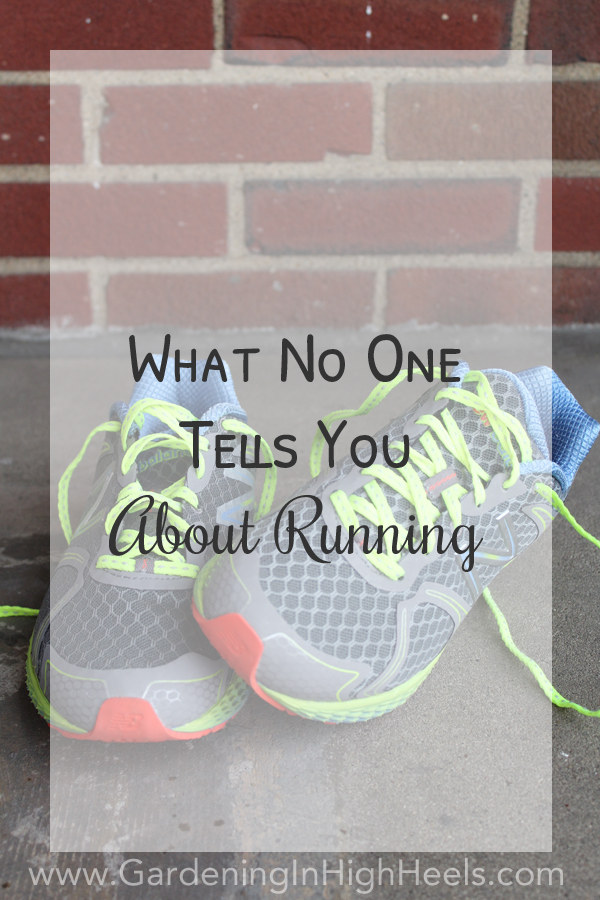 In case you missed all my bitching about hospitals and moving, it’s been a little tricky to find time to train for the marathon (that’s just the Pittsburgh Marathon Half, I’m not going crazy here).  I’m getting off my ass and doing it, though. #Finally

Now, I’m not a physical therapist, nurse, pro athlete, coach, or licensed to give advice, so don’t take this as be-all end-all medical knowledge.  It’s just what I know.  And this will be my 5th total half marathon, so I kinda know what I’m talking about in terms of myself and my body.

What I know about running is that it’s hard.  No one tells you how hard it is to get up and get moving.  An object a rest, #amirite?  There are some days when I just feel like I had the best workout ever and there are some days when it’s struggle city and I just want to turn around and go home. #ButSeriously #CanIJustGoHomeNow

Despite the suckiness and the burning shins and the sore lungs, ya just do it.

I think the biggest thing that no one tells you about running is that it really makes you listen to your body.  When it isn’t feeling it, honor what it’s saying.  Hit your mile goal for the day, but be gentle on yourself. #DoWhatYouCanWithWhatYouHave

I used to get so upset if I couldn’t stand running more than three miles when I was trying to train.  Now I just go with it.  On Sunday, I ran for an hour and I hit six miles.  It felt great.  Tuesday during my lunch break, I only did three. #YeahIKnowONLYThree #sarcasm

Running is also a very mentally challenging sport.  Running 13.3 miles is a physical challenge for sure, but you have to believe you can do it.  The phrase “mind over matter” is so incredibly true.  I can’t emphasize it enough.  You have to be really assured that you can do it, even if you’re doubting it.  #DontLetYourselfSmellYourOwnFear

And you’re with yourself for 13.3 miles.  That’s a little longer than two hours.  If you’re telling yourself, “OMG I’M GOING TO DIE,” chances are, you aren’t doing very well.  Don’t listen to those crazy voices in your head! #LifeAdvice

When I started running, I wish I would have known that it was okay to have off days (#AsLongAsYouGetOutsideYoureAhead) and that it’s really hard to do when your mind isn’t working with your body.

Another thing no one tells you about running is that you’ll probably lose a toe nail or two and you really need to have a bee-line to a restroom when you’re done.   But more on that later.

Are you a runner? What’s something no one told you that you wish you knew?

At our Local Levo event on Monday, one of the articles that we read and discussed was the first time we felt like grown ups.  I’m not sure if I’ve ever felt like a grown up.  I’ve feel like Roger Murtaugh a hell of a lot, but not like a “grown up.” 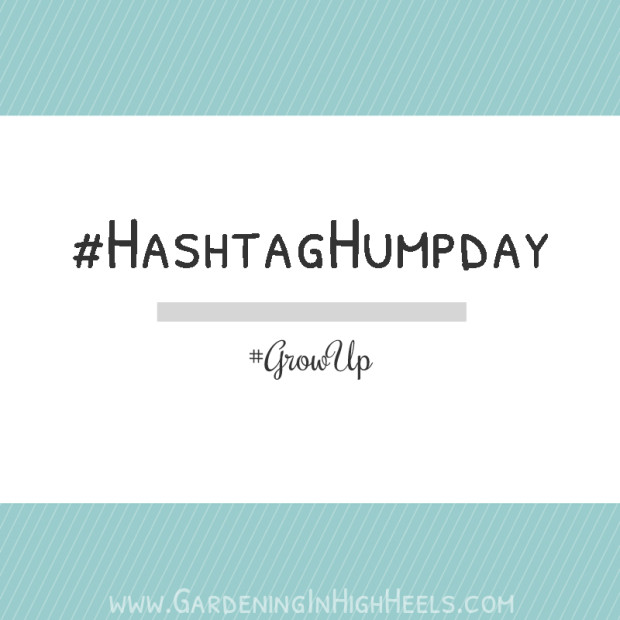 But I’ve also felt like I’ve had a lot of moments were I was forced to be an adult before I ever was one.  My parents always talked to me like I was an adult.  None of this “Angelica, when I count to three, you better be sitting on your bum at this table” stuff.  #ThatDidntHappenAtMyHouse

Compound that with my parents splitting at an early age, and I had to do a lot of growing up really quickly.

I think the first time I really felt like a grown up is when my mom moved to Virginia.  I don’t care how old I get, I will always need my mom.  To have her move seven hours away was a big adjustment.

It happened really quickly, too.  In April she told me she and my step-dad were moving and on June 21st, they were out. #CouldntGetAwayFastEnough

So she moved pretty quickly and I had to adjust faster.  She trusted me to handle myself and level with me as a mature adult and not like her child.

Another grown up moment coming quickly after that one was when I had to take care of someone else.  Not a dog, or hamster, but a person (and a parent at that).

That’s definitely an eye-opening experience.  I had to make sure bills were paid, surgical gauze was stocked, the house didn’t look like hobos were squatting in it..  #ResponsibilityIsFun

You go from protected to protector and if you aren’t careful, you could get whiplash it changes so quickly.

Of course there are the standards of getting up and going to work when it’s snowing really hard/you’re sick/the day is too beautiful to be inside, keeping food in the fridge that requires that you have some cooking knowledge, and purchasing real furniture. #MyPapasanChairIsTotallyRealFurniture #NoReally

There’s also the time I went to Target on a Saturday night and walked out with clearance lounge pants and Joint Juice.  My fingers get really stiff when it’s very cold and the chondroitin helps with the pain. #OkayIReallyAmTooOldForThis

When did you first feel like a grown up?

I’m linking up with Life With Lolo and Genuinely Lauren for #HashtagHumpday!