Sunday Lately is a weekly linkup hosted by the Blogger Tribe (which is being fearlessly lead by Meghan, Nicole, Katy, and myself). We e-hang out every Sunday, sharing a small glimpse into the last week of life in our own worlds. We’d love if you could join us!
This week’s themes: Planning, Loving, Reading, Wishing, Feeling

Awkward: A tonsillectomy. Ugh I don’t want to do this. But I have to. I snore like a lumberjack. And I want to reduce my chance of future sinus infections and subsequent bouts of vertigo.

Awesome: My mom will be here to help out while I recover. And I traveled to see her for Mother’s Day (hence why this wasn’t written on Sunday).

Awkward: Is it weird that I like grocery shopping? Well I do. And I went to the store for the first time in weeks. It’s amazing how having groceries in your fridge makes you feel like an adult again.

Awesome: I went for a run today. It was the first one after the marathon. It was hot. It was super humid. I was sweating like a truck driver in August. But I did it and it was good.

Awesome: Orange is the New Black. Yes, kids, it was a memoir first.

Awkward: My aunt passed that book along to me. And there’s some racy stuff there. It’s always weird to think that a family member read that before you.

Awkward: I got nothing here, guys.

Awesome: For summer. Because summer parties are the best.

Awkward: I’ve been battling with some depressive tendencies and I’m finally admitting it to myself and seeing what I need to do to stop this. I’m sure you can’t tell because I’m always a ray of sunshine on here (insert eye roll emoji here).

Awesome: Now that I know that things aren’t right, I’m working to identify what’s wrong and how I can get myself back on a healthy and happy track.

I am rebelling today. I just want to write and publish something. I don’t want to have a perfect picture or a meta description or even a strong, compelling title.

So I’m just gonna write and hit publish and damnit, that’s that. I may come back and edit it. I may just let this sit here until I convert this blog into something else. Who’s to say.

I used to love blogging for it’s simple way to have a record of what I was thinking that I could update anywhere. I didn’t need a journal or my special pens, I just needed something connected to WordPress. Now, it’s more of a chore. You need to make sure you have keyword-rich posts, beautiful images with alt tags, meta descriptions, and suck the joy out of putting fingers to keys.

So. After my great body realization yesterday, I came to a great mental realization:

I should be making client calls but…………..

I don’t know about you, but I am getting really sick of that nonsense. Why do we do this to ourselves? Where is the line where you say, “Clearly this isn’t a priority for me. Instead of feeling bad about it, let me drop it off my list”?

For me, the but………. phase takes over. Instead of making a plan and sticking to it for the day, I get apathetic and don’t want to do anything. So I know there’s adulting to be done, but I don’t want to have anything to do with it.

Does it happen to you, too? How do you shake the shoulds off?

PS: Looking for some other musings about “shoulding” on yourself? Check out this and this.

I’m not one for body love. My body just kind of…is what it is. Growing up, my mom was always focused on trying to keep pounds off, not embracing what she has, so it’s been programmed into me that “This is what I have, make it something it’s not,” instead of, “This is what I have, be proud of it.”

I will always have baby fat that I can’t get rid of. And I know I look better in person than in pictures. And I have dark circles and crooked teeth and my calves are huge.

But I was looking at a picture from the Pittsburgh Marathon yesterday and I have to say… I am insanely proud of what my little 5-foot-massive-calf-muscle body can accomplish. I ran 5k on Saturday and then 13.1 miles on Sunday (and not for the first time. This was my 5th Pittsburgh half and 6th half marathon overall). This is what that looks like… 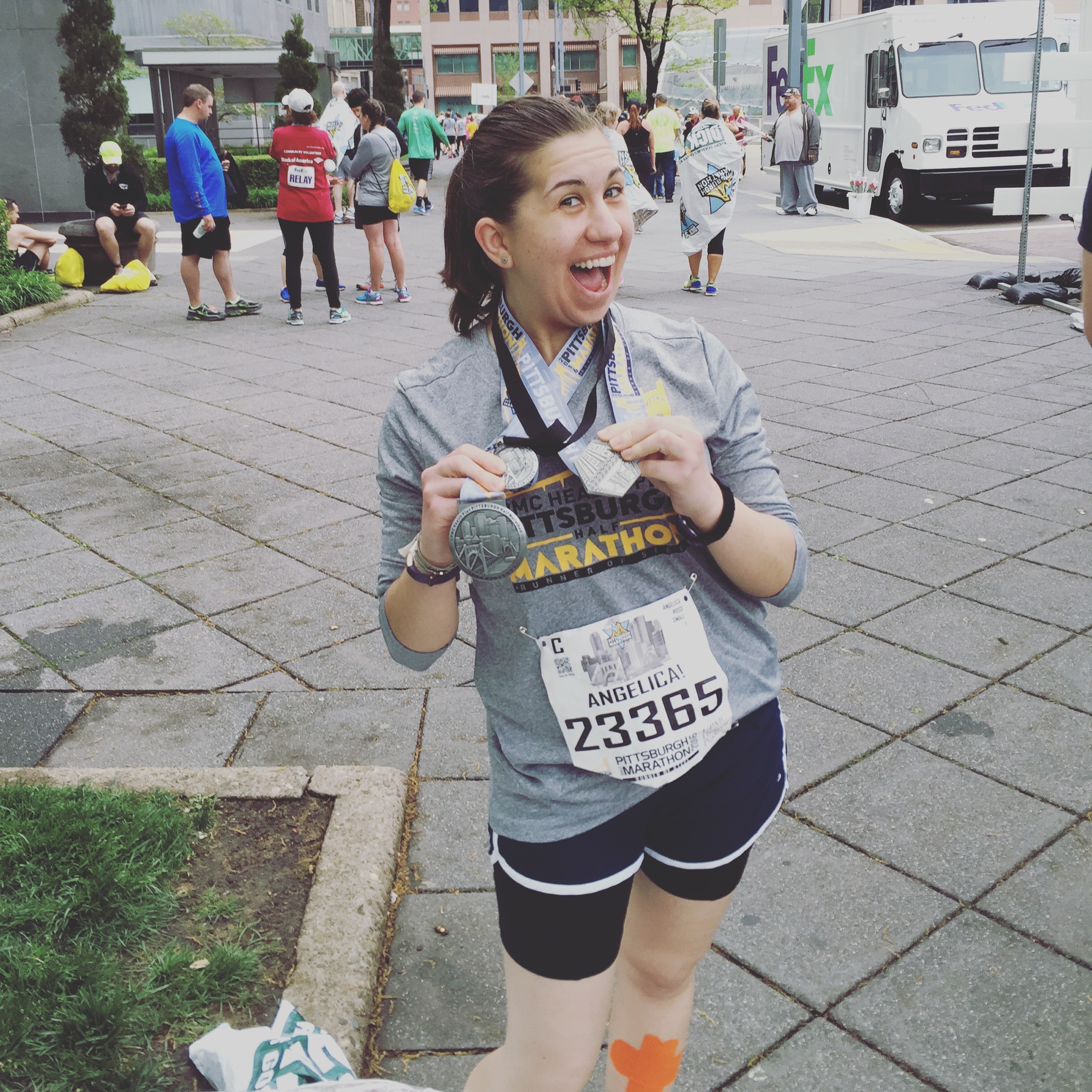 I don’t give enough credit to this body that carried me over the finish line in about 2 hours and 25 minutes. Sure, I’ve run faster and my body is kinda like, “WTF mate??” right now, but damn, I want to savor this accomplishment. And not brush off the fact that THIS IS F’ING INCREDIBLE.

I am proud of what I can accomplish. And I want you to be proud of what you can accomplish, too. It doesn’t matter if you run, lift, or just make a choice to eat an apple instead of Oreos (because really when faced with that choice, I will always pick Oreos.)

And it isn’t just fitness. You’re mentally strong. You go on day after day, trying to make each one better than the last. Probably with little praise, help, or time spent celebrating your wins.

I mean, I can’t be the only one who doesn’t savor the moment..

So this one’s for those who need to take the time to stop and think about what you can do. What your body, mind, and soul can do. We are fucking awesome. And we all deserve to sit back and say, “Hell yeah, I rock.” 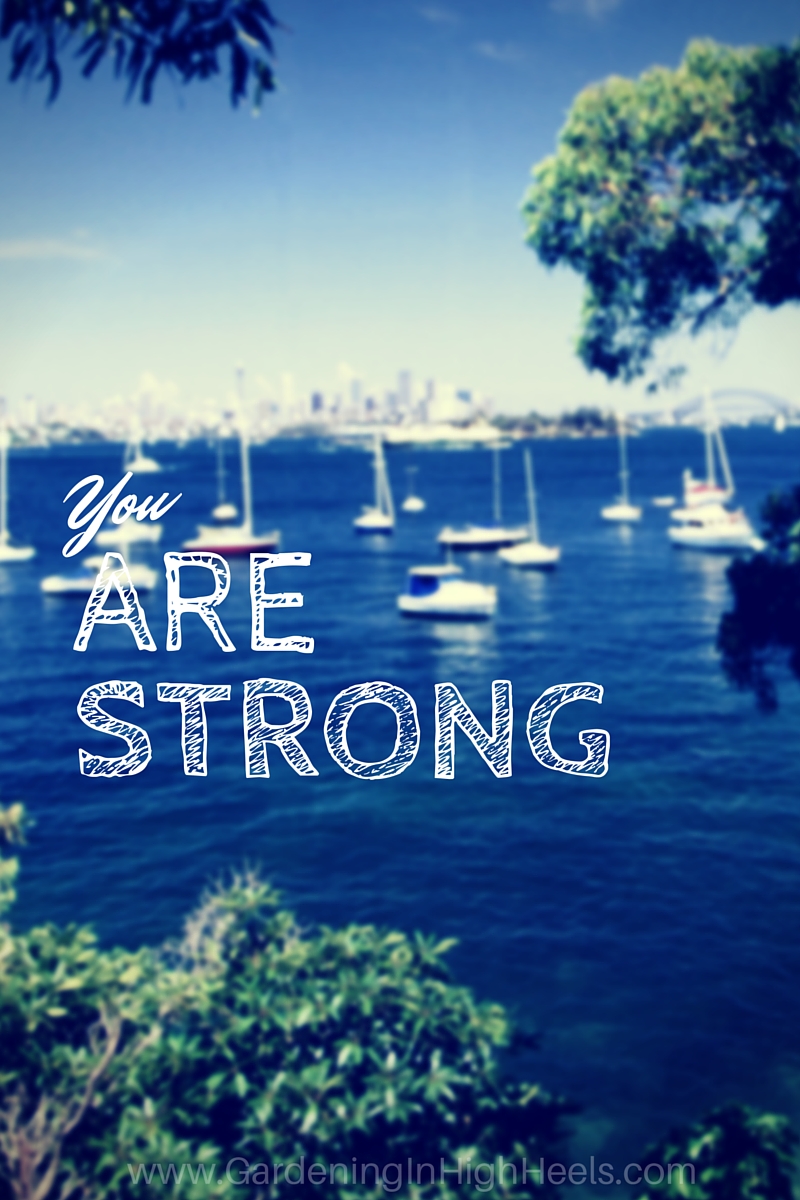 What have you done this past week that proves you’re strong?

Sunday Lately is a weekly linkup hosted by the Blogger Tribe (which is being fearlessly lead by Meghan, Nicole, Katy, and myself). We e-hang out every Sunday, sharing a small glimpse into the last week of life in our own worlds. We’d love if you could join us!
This week’s themes: Completing, Visiting, Repeating, Writing, Scheduling

I’ve skipped a few Sunday Lately posts…ahem…but there’s no time like the present to jump back in. Here we go.

Awkward: I finally did laundry after about 3 weeks…I wasn’t running out of clothes or underwear, but I was running out of the stuff that looks good on me. Maybe a sign to do some cleaning…

Awesome: Thanks to the miracle that is post scheduling, I’ll be probably about 8 miles into my 5th Pittsburgh Marathon half. So I’m completing that today and a beer and a nap. Amen. Yesterday was 5k day.

Awkward: I don’t think any awkward visits have happened this past week. Which is good. Awesome: I’ll be visiting my mom for Mother’s Day. She and my step father were coming back to Pittsburgh just about every other week a few months back, but I haven’t seen her since the end of March.

Awkward: I’ve been repeating shows on Netflix. I use it as background noise in my house, but if anyone saw my viewing history, they’d be like “wow this girl does NOTHING but watch bad sitcoms. Awesome: Season two of Unbreakable Kimmy Schmidt. It took me a while to get into it, but I love Tina Fey as the therapist. Tina Fey as anything is just amazing.

Awesome: If you don’t know, I write for a beer blog in Pittsburgh (which explains the running) and I have always wanted to do a “style” tasting of sorts — compare and contrast one style of beer from the same brewery. Most times, I can’t do that because…well, when was the last time you saw 5 IPAs on tap in a small, local brewery? Enter: Insurrection. Really excited to get this post going. PS: Have you seen this post about pairing beers and food that I collaborated with Jaelan at Making Mrs. M a few months ago?

Awkward: Well I already spilled the beans about scheduling this post…

Awesome: Time off for a tonsillectomy. Not sure if that’s really awesome, but it’s awesome that my benefits at work let me do that. Especially since I talk on the phone for my job. I’m scared!

PS: Have you seen Thread and Grain? It’s Katy’s new (like, NEW just launched today!) business. You may see a familiar face….right here!

I have been hit with crazy allergies this week.  Ever since I got back from Virginia, I’ve had a sore throat, aching ears, sinuses draining, and fits of sneezing.  Mostly the sneezing fits come when I’m carrying a cup of coffee.  Yup.  It also makes it hard to sleep when I’m exhausted yet I can’t stop the coughing and the draining.  Thanks for that, body.

But despite the allergies, I’ve manged to blog every day with Katy and Meghan for Blogger, May I.  I’m so proud we made it!  This is the last day that I’ll be a semi-cohost with those two and Nicole for Sunday Lately.

Preparing for a yard sale.  It’s been years since I participated in a yard sale.  It wasn’t even hosted at my house, it was at my uncle’s house.  I’m woefully unprepared for this.

The peony flowers in my yard.  I love the way they look and how they smell so wonderful in my house.  The only downfall of fresh peonies in the house are fresh ants in the house.  It’s kind of annoying.  But, I’ll gladly take some ants if I means I’m surrounded with beautiful, fresh flowers.  I’m sure there’s an adage in there somewhere. 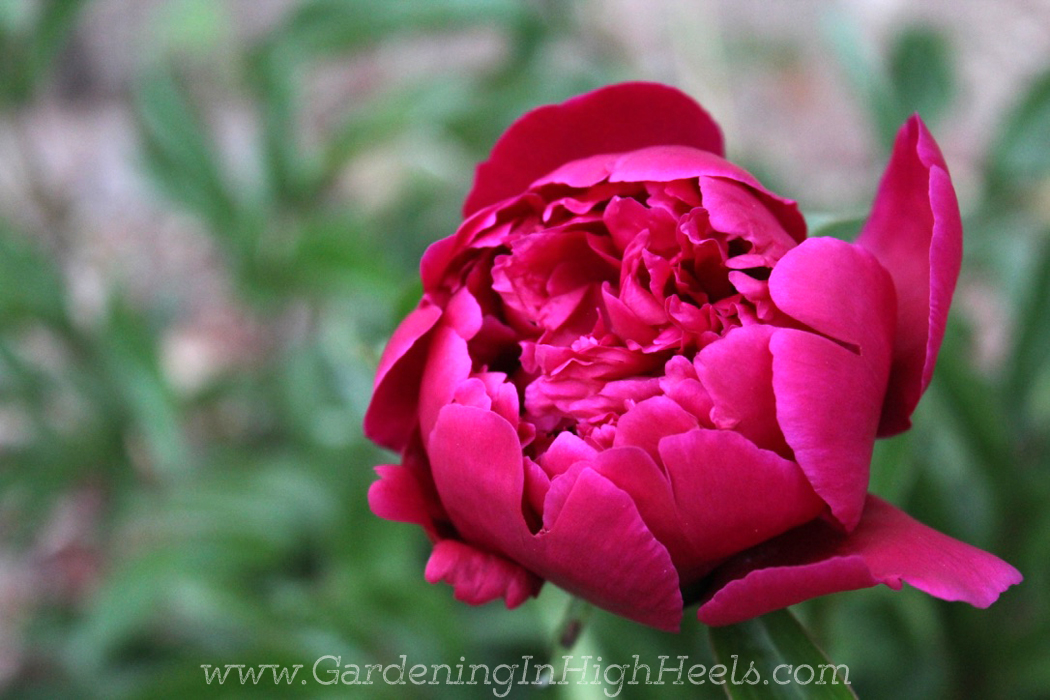 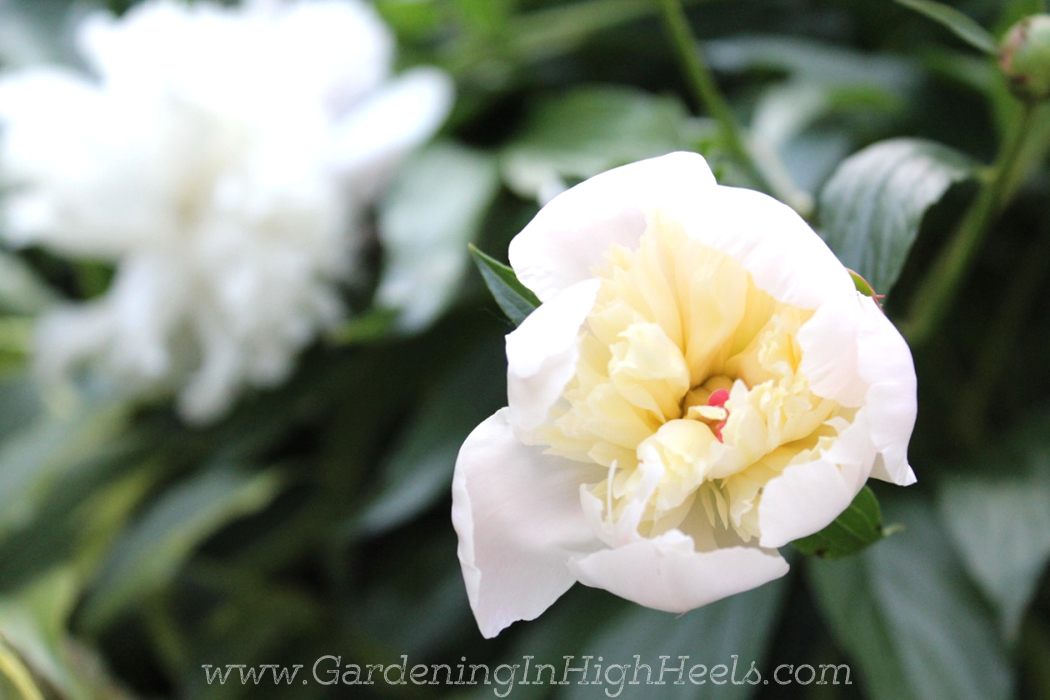 Because I have fresh peonies, I took some new shots to use for desk photos here and maybe an image on a home page.  I’m excited at the prospect of seeing where I can go with this little blog of mine.  I’ve been energized by photos of flowers, which I want to share more of here, and late-night wine, and early mornings waking up gently and getting some things done.  The late nights and early mornings don’t happen back-to-back.

Taylor Swift songs.  One of the companies that I do social media posting for is going a TSwizzle concert ticket giveaway.  In the posts, I’ve been trying to get punny with song titles.  And after I write it, I get the song stuck in my head.  Guess I’m just gonna have to shake it off.

To be busy in June.  There’s the yard sale all next weekend.  I want to keep going writing a post per day in a continuation of Blogger, May I – I want to call it #GoBlogGo, but we’ll have to see what the group decides on!  And I’m also going to be participating in Emily Levenson’s Project:Food Budget.  And like I said, I want to share garden updates and photos of the progress there.