Do you ever get tired of your own bullshit? And no, not asking for a friend. Asking for myself, straight up, no twist. I’ve given too much power to junk if you ask me. There are external and environmental and psychological factors that go into it. I mean, that’s just natural. But when I really think about it, I could have done something (even if it’s a small something, just something) to make a move. Instead, I chose to remain stuck by my own personal brand of bullshit. And I’m tired of sitting in my own crap, y’know what I’m saying?

In other words, I’m tired of getting in my own way.

Sidebar: I legitimately had to Google and eventually look on iTunes to find the correct apostrophe placement for *NSYNC. And then learn that it’s an asterisk, not an apostrophe. When they were popular, I was unapologetically into country music to the detriment of many sleepover singalongs. I had to learn to love them later in life. Just to give you a frame of reference. In case you were wondering. I’m sure you were.

As I was saying… 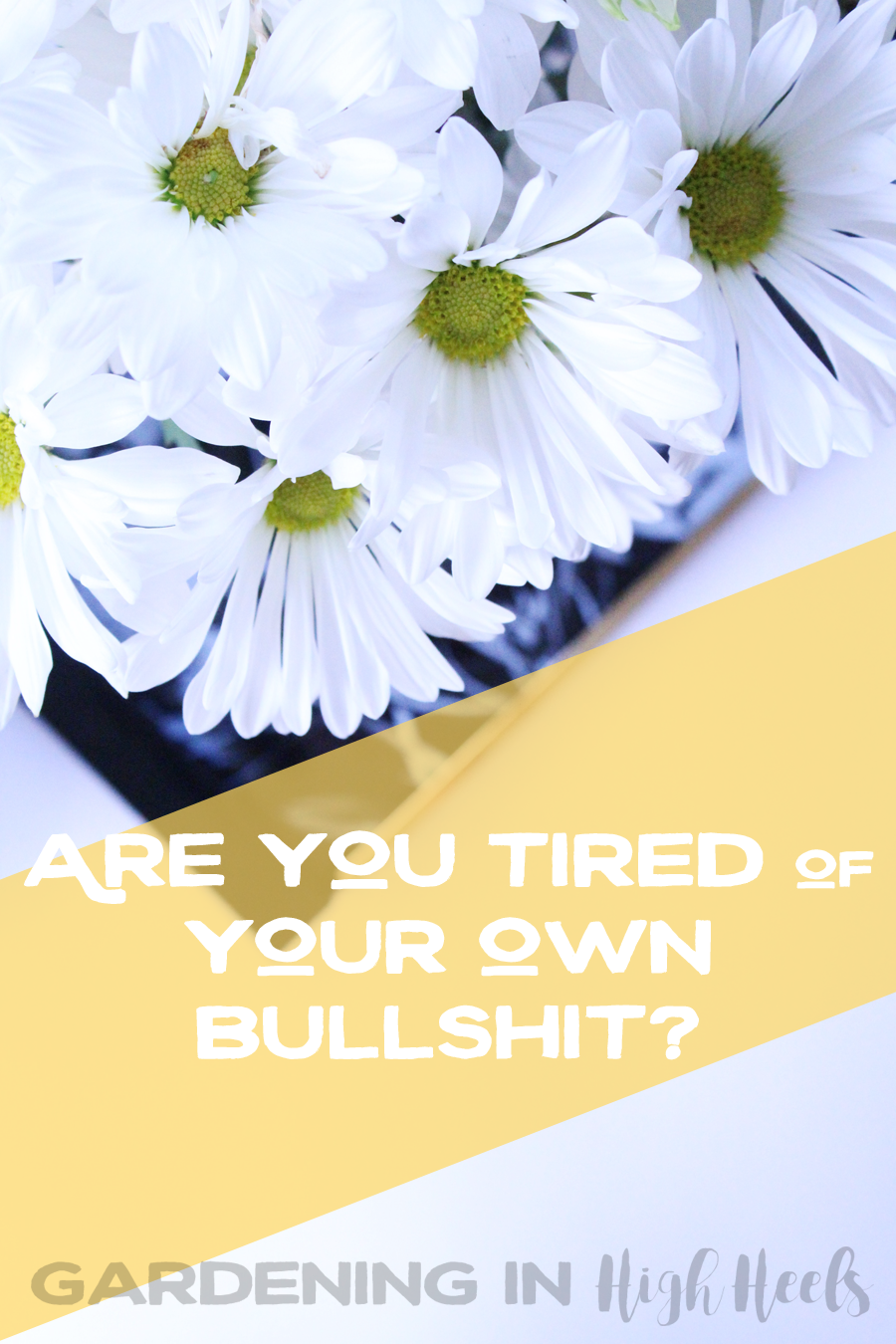 I’ve been doing a lot of reading about mindset shifts. I even wrote a bit about it on my official website and business-y blog. The power you hold in your mind is incredible. You can will the Universe to do anything you want it to. I mean, I’m sure there are exceptions, but you can actually make things happen using the power of your mind. The most recent book I read to illustrate this is E-Squared: Nine Do-It-Yourself Energy Experiments That Prove Your Thoughts Create Your Reality

In this book, Grout outlines 9 experiments you can do that take about 48 hours each to complete in order to hone your energetic powers and align them with your desires and the world around you.

At first blush, this sounds too good to be true. As I was reading it, I was conjuring up the scene in Sex and the City where Charlotte takes Carrie to a seminar run by Dr. Cheryl Grayson whose belief in written affirmations were turning around Charlotte’s negative thoughts. A greeter asks the women if they’d like to take a written affirmation. They both oblige, but Charlotte is way more into it than Carrie. Carrie’s “affirmation” is, “I believe this is hooey.”

Another sidebar: Yes, I know that’s Samantha. I have the entire SATC series on DVD. I saw both movies in theaters (with my mom) and own deluxe versions of both as well as the trivia game. You cannot beat me when it comes to SATC knowledge and I can apply any scene to a real-life situation. Like Gilmore Girls or The Office.

But I heard good things about the book from Emily Levenson and I figured I’d give it a try. It was available at the library and as long as I didn’t go over the due date limit, the only investment I’d make is a few hours of my time.

Holy shit, guys. If you give yourself over to it, there is power in this theory. Grout references scientists who are working with this extra dimension. She gives examples of how this worked for people around her (and herself. I don’t care who you are, but if you don’t take a modicum of your own advice, you’re not credible.) She talks about the Field of Potentiality (FP) being a blanket for the Universe and how it basically has your back no matter what. Moving forward, I’ll call it the Universe since that’s how I grew up thinking about it.

Seeing is believing, though, and a few of her experiments hit home pretty hard. The first was to ask the FP for a gift as a sign that it’s there for you. I added a layer on top to know, deep down, that this was my sign when I received it. As I was wrapping up my “ask” from the Universe, my phone alerted me to an email I’ve been waiting on for three weeks.

Since that came in pretty easy, I moved on to the next experiment. For 24 hours, focus your attention on spotting cars in a certain color. Then move on to spotting butterflies. I found butterflies where I usually don’t (like on the screen behind me as my friend, Caitlin of Wellness by Walker, and I were having a chill afternoon on my porch this weekend.)

A sidebar again: Honestly, I’ve been reading a lot of mindset shift books. It’s gotten to the point where I’ll reference the genre and get so excited, I smoosh the genre name together and create a new word. Granted, it’s usually accidental. That said, if I ever write my own book, it’ll be called Mindshit: Let go of all the crap you’ve been holding in.

I’ve been holding on to my own sad beliefs for way too long. I’m tired of myself. I’m 99% sure I’ve even tired my friends from listening to my same old story and watching the same old dance. It isn’t until we’re so sick of being with ourselves that we look for a new way. At least, that’s how it works for me. It must be that way for some of you, too.

(And I know, I’ve been “coming back” to the blogging world for years. I never really left, I just shifted how it looked. But I’m back for now. Hey, I’ve been doing this since 2009, a girl needs a break…)

*Link to E-Squared is an Amazon Affiliate Link. You pay nothing extra should you choose to purchase this book through my link. I get a few cents to add to my coffee/booze fund. Trust me, my writing is better when that fund is well-stocked. Thanks for supporting your friendly neighborhood author!