Playing with makeup is great fun for me, but I tend to do the same thing over and over. I’m definitely stuck in a makeup rut. So I thought I would join in on the Makeup Mix-Up with Making Mrs. M and Miranda Writes. This week’s challenge: Vampy Vixen. 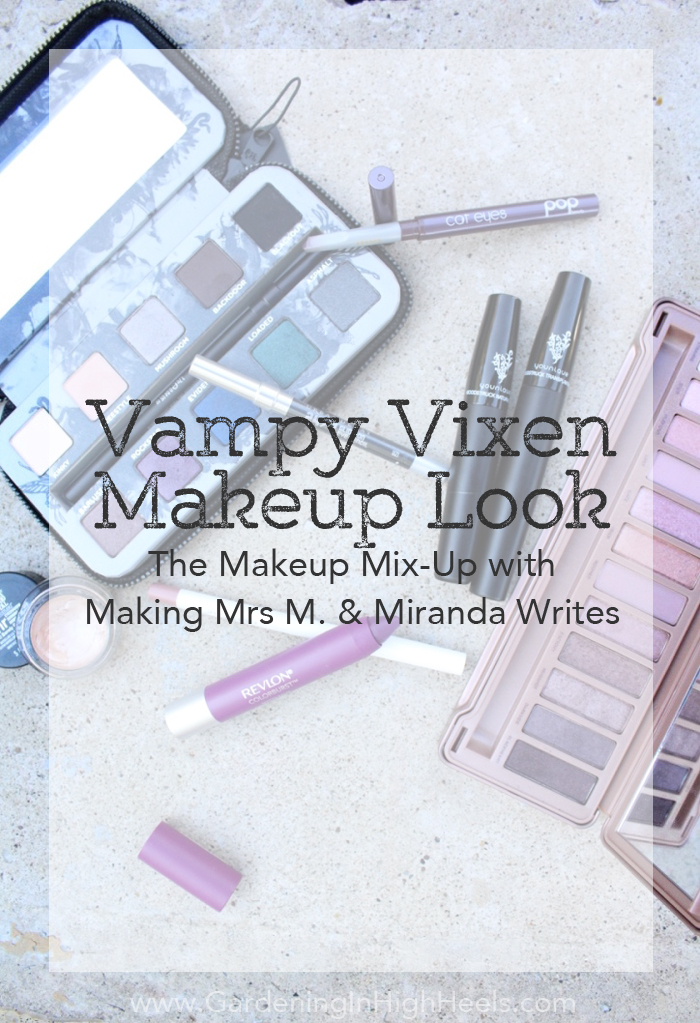 Now I’m not one for dramatic smoky eyes every day. I typically wear the same two styles: one all-over shadow or a simple smoke for daytime with purples/golds. So to jump in with this on Vampy Vixen is kinda like, “If I’m going to do this, I’m going to go balls to the wall.”

When I think Vixen, I think a strong cat-eye, lots of lashes, and bold lips. But when you throw in “vampy,” well, you gotta kick it up a little. When you do a Pinterest search for “vampy makeup,” it’s all dark, smoky eyes and blood red lips. That’s where I first went with this, but then I decided to do things a little differently.

To me, a vixen carries her power in her eyes. If looks could kill, you’d have already died. So I really wanted to focus on the eyes and bringing a lot of drama with a smudged out smoky cat eye.

True story, I had an entirely different look planned out, but it ended up being too dark. I need to have a little brightness to get the power in my eyes to stand out, so instead of dark all the way up to the lashes, I focused some gold on the inner corner and really smoked out the corners. 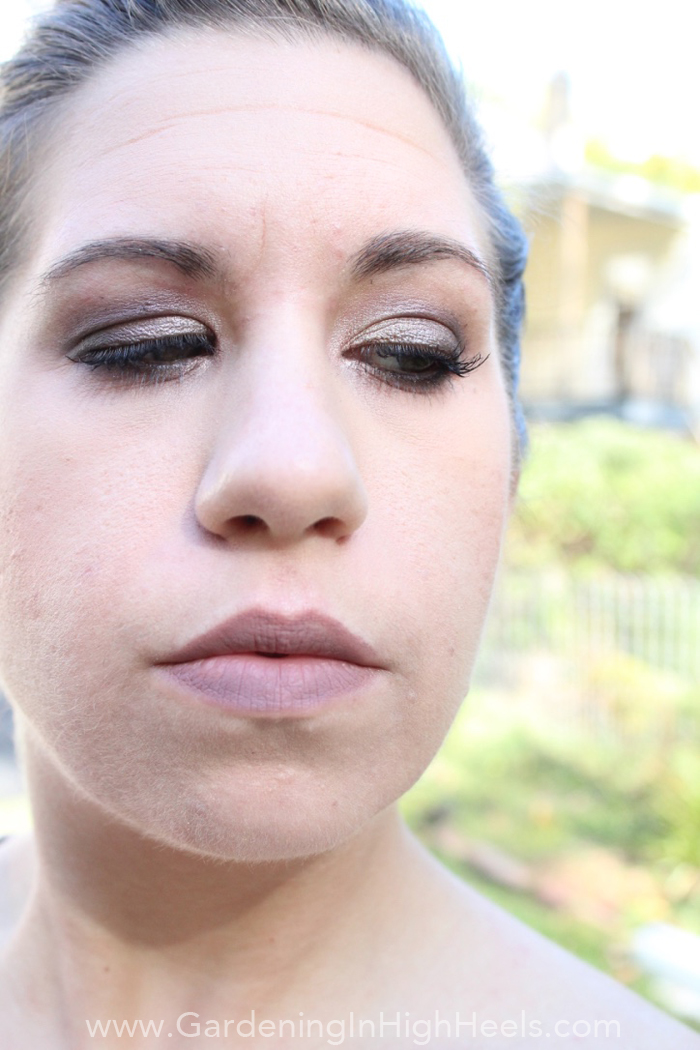 Talk about if looks could kill…I’m throwin’ some serious shade here. 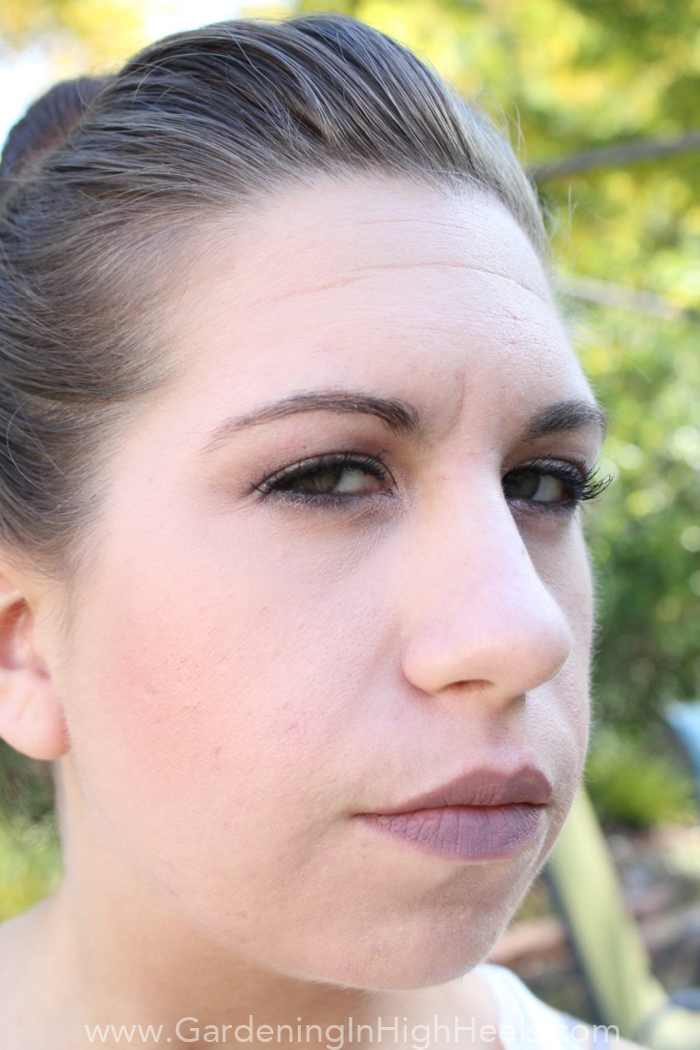 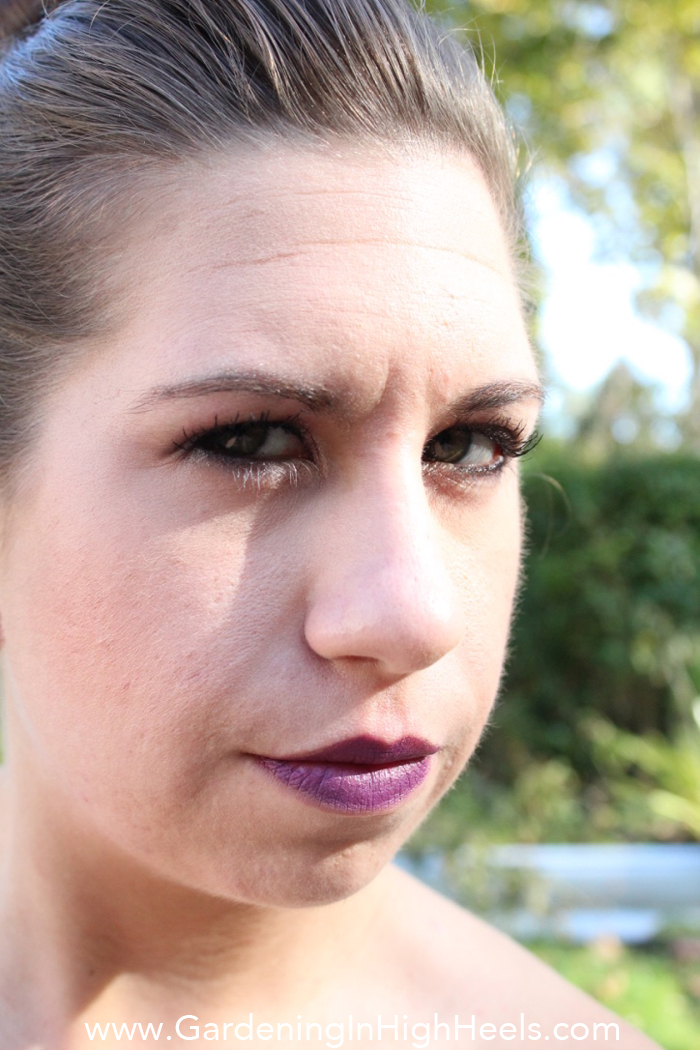 What does “vampy vixen” makeup mean to you?

Next week’s look for the Makeup Mix-Up is Halloween Tease. I have no idea where to even begin with that. Any suggestions?