There are so many things that annoy me about social media.  It’s really bad actually because my career is as a social media and email marketing consultant.  Maybe I’m just hyper-aware of little things online because I spend all day looking at it.  And researching what to do and what not to do.  And having people tell me what their friend’s cousin’s ex-fiance told them they should do on social media.

I’m starting to spend the most time on Instagram, but Twitter is still getting a lot of air time for me, too.  There are a ton of things that I wish someone would just say, “Hey, don’t do this on Twitter,” so today, I’m being that brutally honest best friend and telling you to just. stop. already. 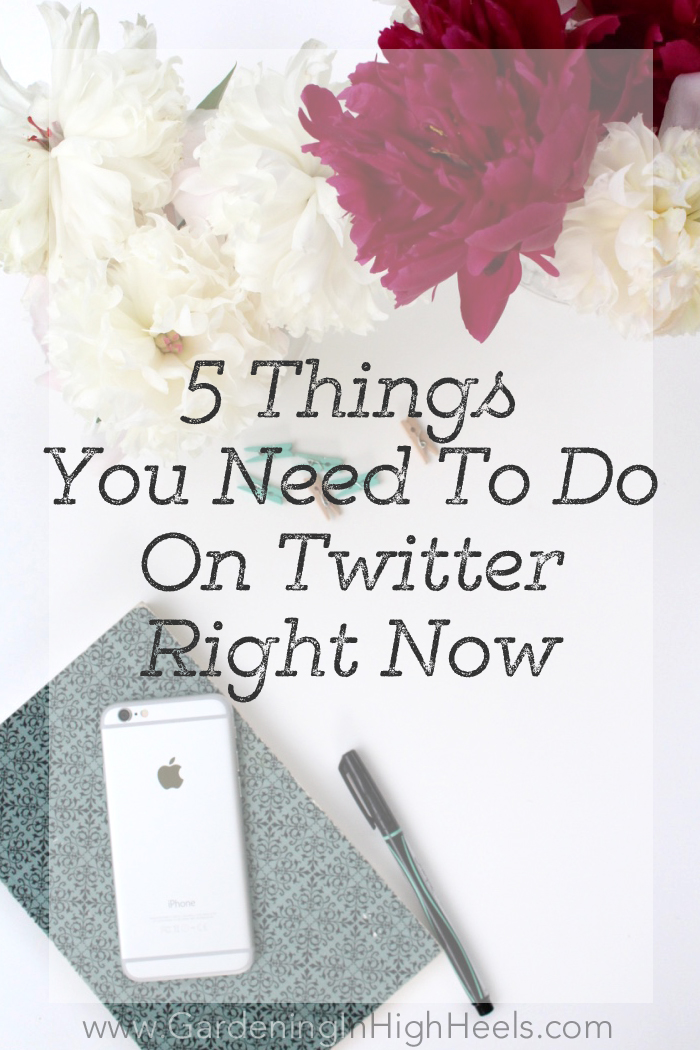 If I wanted to see what you had to say on Facebook, I would be on Facebook.  But I’m on Twitter, which means I probably don’t care what you’re posting there for Mark Zuckerberg to own from now until forever.  When I start to read a tweet and then see “fb.me/da02fa” halfway through the sentence, guess how many times I click on the link to see what’s gonna come next.

Go on.  Ballpark it.  Exactly, folks, no times.

So please, for the love of all things 140 characters, unlink your Facebook and Twitter account.  If you don’t know how to do that, go to facebook.com/twitter and click “Unlink” next to the accounts that are linked up.

If you’re active on both, you probably don’t need them connected anyway.

Don’t be that person that tweets non-stop.  Live-tweeting and participating in Twitter chats aside, of course.  You have 14o characters – be concise.  I totally get that sometimes a tweet needs to carry over into another one.  That’s cool.  Just don’t abuse it.

I like Twitter for the exchange of information and quick conversations that you can have with just about anyone on the planet.  It’s also nice to have quick, adult conversations.  I firmly believe that if you have something direct to say on Twitter, say it.  Sub-tweeting is just as annoying (if not moreso) than vaguebooking.

If not, take that shit back to Facebook where the middle schoolers drama queens are and leave me to my adult, mature things like Buzzfeed articles that will tell me which Disney princess I am (Cinderella, BTW).

To me, Twitter is a place for a conversation.  So ask questions and reply to people and share their good content, too.  It’s a two-way street and you need to stop riding the center line so other people can finally get around you.  Also, if you follow me and you haven’t really tweeted but you are following 10,000 other people, that doesn’t really make me want to follow you back, yknow?

Fill out your profile

Kinda like if you have a bunch of people that you’re following but no tweets, having an empty/incomplete bio doesn’t do much on Twitter.  Give people something to relate to and connect with.  Give us a little personality and your interests.  You might even find some cool people to follow just by what they have written in their bio.  I know even if a location is filled in and I see someone is from Pittsburgh, I’m more likely to check them out rather than a random person without any real names/info/etc.

And if you’re a business/blogger, you better have this filled out.  No exceptions, no excuses.