Awkward: I worked a beerfest yesterday (that isn’t the awkward part) selling boozy cupcakes. After 4+ hours on my feet, my posture was crazy out of whack and I guess I wasn’t sucking in my gut enough because someone pointed to my stomach and said, “Congratulations. Guess you can’t have anything here, huh?” That felt great, let me tell you. 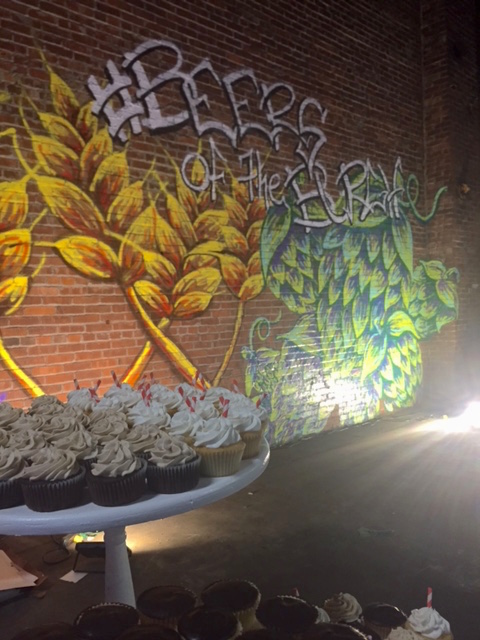 Awesome: I’m finally getting back into my garden. It’s a hot mess, but I did it to myself by not spreading leaves last fall. So I’ve been weeding it through the raindrops. Apparently there’s going to be a frost tonight though. In May.

Awkward: It’s hard to think of something awkward to appreciate..

Awesome: The support around my tonsillectomy this Thursday has been pretty awesome.

Awkward: I have to think of (and photograph) a festival outfit for Wear to Where before this Friday, but really before Thursday and I have no idea what to wear.

Awesome: Hmm that’s a good one. I’m still working on AngelicaRoss.co so does that count?

Awkward: I was singing and dancing to The Struts during a run this week and definitely got caught by a neighbor. So that’s fun.

Awesome: I’ve had The Struts stuck in my head since last Tuesday’s concert with Caitlin. Today it’s “Young Star” but for the past few days it’s been “Mary Go Round.”

Awkward: I’m so expecting lots of pain this week. Yay getting tonsils removed later in life!

Awesome: I’m expecting to make myself ice cream this week for the tonsillectomy recovery. It’s going to be a nice treat.

What have you been up to lately? Link up and share!