A few months ago, I had a quarter life crisis conversation. I was on the phone with my mom (yes, more stories about conversations with my mom. What can I say, she’s very wise) and I was whining about my job. I was all salty because I was going to be 26 and at the time, I worked at an entry level position.

It definitely wasn’t where I thought I’d be at 26.

So there I am, getting all frustrated and angry and I said to her, “What the hell have I been doing wrong for these past four years since I graduated?? I have two (very expensive) pieces of paper that are doing me absolutely no good! I’m basically in the same job I was in when I graduated, except now I have benefits. What happened to this alumni network that supposedly could get me into my dream position anywhere I wanted?”

Granted, I know it isn’t that easy, but I had had a bad day and I was feeling overworked and way undervalued. And like I should be a few levels up by that point. 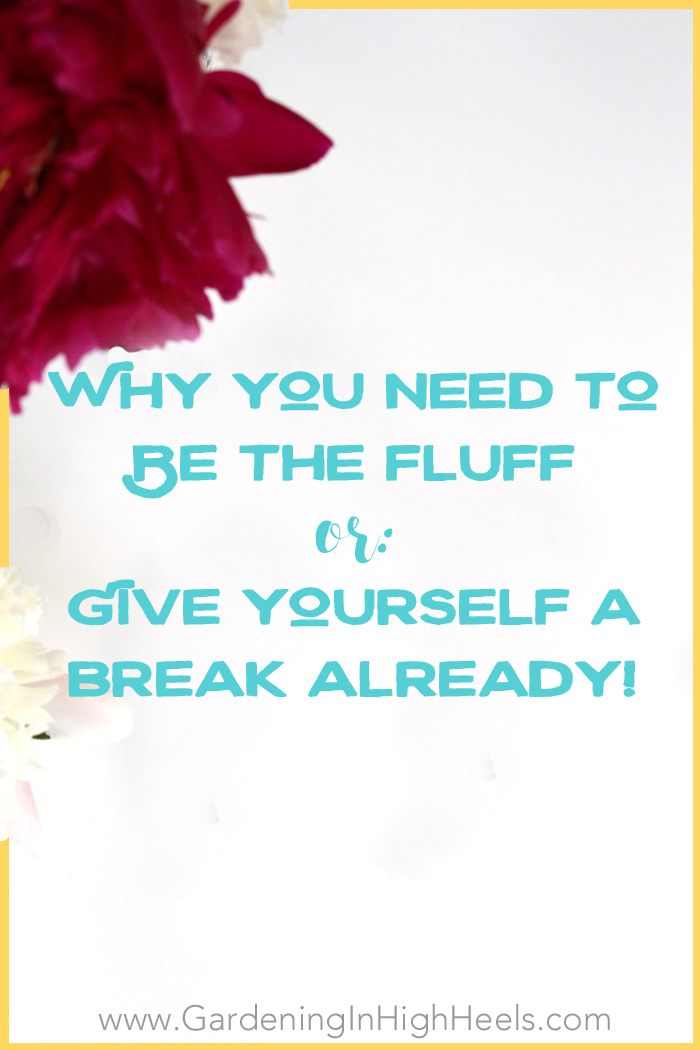 You know that classic scene: three people are standing around watching the fourth person do all the hard work?

The “fluff” are the three people who stand around and smile and are talkative and chipper and happy because they aren’t the ones banging their heads against the wall trying to get everything done. They’re watching the other person run around and hold everything together.

Basically the fluff is the fun person to be around. It’s the foam in the latte.

Now, I’m not saying to chuck your work ethic out the door. I’m saying learn to be the fun part. Shake that chip off your shoulder. It probably wants to be with guacamole anyway (no offense).

In other words… Create space to let happiness and joy radiate from you. Marvel at the infinite possibilities of the universe. Never lose your childish sense of wonder. Other inspirational cliches here.

In other words: chill for a hot minute.

I know, I know. I can say this, but am I actually doing it? I’m not qualified to be a therapist and I’m sure as hell not a motivational speaker, but I am qualified to write words and string them into a fairly convincing sentence (that’s what one of the very expensive pieces of paper says anyway). And that’s all well and good, but it doesn’t do anything unless I actually live it.

Well, that was a few months ago and I still haven’t embraced the fluff persona. I’m still the caffeine, probably because I drink enough of it, my body is actually mostly coffee instead of water. But I’m trying.

I could sit at my computer and agonize over the clients I don’t have, the money I need, the work I should be completing. But that’s not doing any good. Instead, I’m trying to be the fluff. If I feel like going for a run at 3 in the afternoon just to get away from my desk, I do. Emails can wait. That post won’t get written any better if I force it out in a creative slump. As long as the work gets done, I’m choosing to do it the way I want to do it.

Maybe you don’t have that luxury. That’s okay. Just do something today that feels “fluffy” to you. What could that be?

Basically anything that feels like you’re giving yourself a little break.

When life gets you so stressed out t0 the point where your shoulders are up around your ears and you’re ready to snap, just remember your new mantra: be the fluff.

How are you going to be the fluff today?