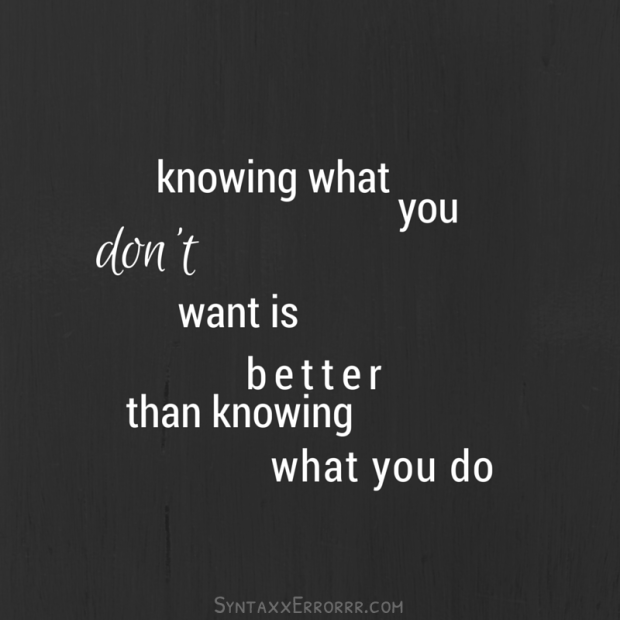 I was reading a blog post from Clarity on Fire and it hit a nerve.  This was perfect timing because I was thinking something similar to the situation in the post it came from – not the part about breaking up with toxic friends, because I’m pretty good at the moment, the part about people not being respectful of my time.  Rachel explained my sentiments pretty perfectly:

Personally, I tend to get pretty miffed when people are rude. Take, for example, when I schedule a free breakthrough coaching session with someone, we confirm the call the day before, and then they totally ghost me. They don’t bother to send a, “Sorry, can we reschedule?” email or a quick text that they can’t make it. Nothin’.

Part of my day job duties include scheduling appointments with people so I can help them with their marketing strategy or program in general.  The other day, every single scheduled appointment I had didn’t answer when I called them.  It wasn’t like I was Rambo-ing into their day and catching them off guard, these were mutually agreed upon times.

It really kills my day’s momentum when I have to stop what I’m doing to make sure I call these people on time.  It takes time for my brain to shift gears and prepare for the next task at hand.  Similarly, it takes time to refocus on what I was doing.

It smacks of not having consideration for the people around you.  I understand that some people forget or something comes up last minute; I’m not begrudging anyone of that and I’ve been guilty of it myself.  I’m talking about people who make it a regular occurrence.  Why is this okay to say to give the message that you just can’t be bothered to be considerate?

We were taught to say please and thank you.  Well, I hope we all were.  How many of you didn’t get a thank you on Halloween when passing out candy, hmm?  This self-centered attitude we’ve adopted is a big problem.

What I loved about the Clarity on Fire post is this simple reminder:

What other people say and do is about them. Not me. In fact, it never says anything about me.

Their actions are not a reflection of me.  I am not responsible for people not answering the phone.  Thank goodness we have a good note-taking system at work to prove that I did call them if there’s ever a dispute!  I am also not responsible to parent someone’s child and demand a thank you for providing free candy.

I can only control my actions.

It reminds me so much of “Not my circus, not my monkeys.”  Rachel even said that in her post, too!

What’s great about this is it works in both the positive and the negative sense.  Of course, if you blow off an appointment, it says you don’t care much for other people’s time.  On the flip side, if you do give someone a heads up that you will be a few minutes late or you go out of your way to hold the door for someone, it says that you are a respectful individual.

So today I’d like to ask you to bring back politeness.  Leave something in the world today that shows you are a decent member of society.  Let’s bring back being considerate and thinking about how your actions will effect others and how your actions make you look in turn.

Comment below and let me know what you’re going to do today to make yourself a reflection of how you really want to be known! 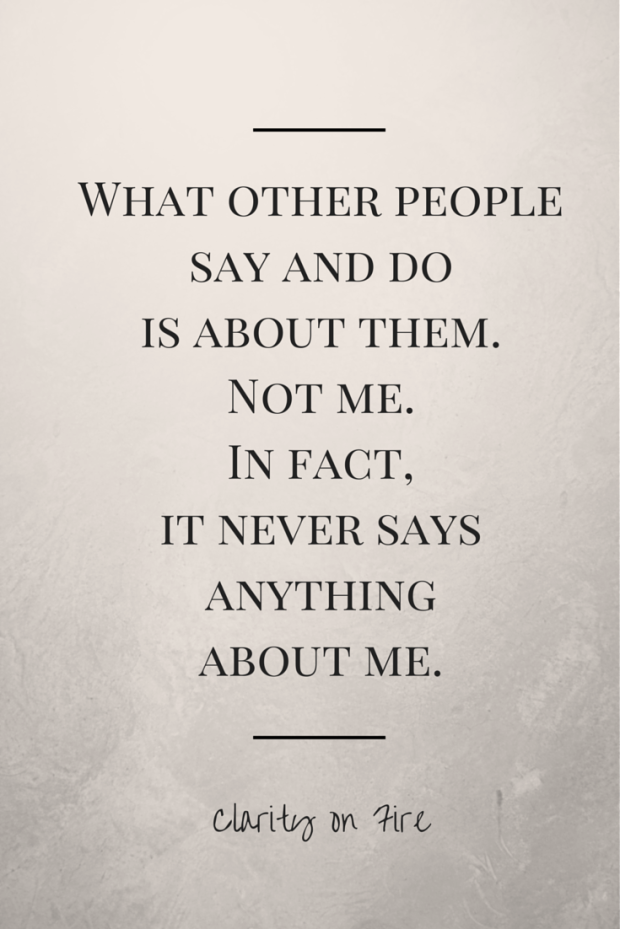 I went to TEDxGrandviewAve on Saturday.  The theme, Dare To Create, resonates with me, of course.  I loved hearing how people create from different backgrounds and disciplines; a computer programer is just as creative as an artist, just in a different way.  Most of all, I loved hearing Britt Reints of In Pursuit of Happiness speak.  When I purchased the tickets, I did so simply because of her promo view.  She told a story about a dog her family had when she was a kid.  This dog figured out that if he ran through the electric fence, it would only hurt for a bit, and then he would be free.  Um, doesn’t that make everyone go, “Yes, I want to run free and happy, to0”? 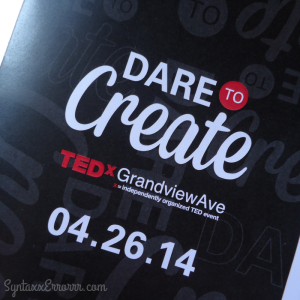 Since then, I’ve had the opportunity to talk with Britt briefly at Propelle and Creative Mornings sessions.  I have to say, I think she’s just about the coolest person ever.  Someone offering to sit down and chat about writing because of something you said a month before?  Yeah, pretty badass (and more importantly) generous.  I’m crossing the line of “I feel like I know you personally because I’ve heard you speak and read your blog and your tweets and know about your life but really we’re barely acquaintances,” so on to my point.

Britt’s talk was about creating an owner’s manual for yourself and guiding yourself to happiness through learning to trust yourself.  A big part of that trust is first to stop shoulding on yourself.  Ask yourself why you should do something and don’t do it if it’s not something that you want to do.  Listen to what you need.  And do the things that make you happy to do them.  I did it and it helped.

On Friday, I was weeding and clearing flower beds, absolutely hating it because I should be doing it.  I didn’t want to do it, but I didn’t question it either, I just did it because it needed to be done.  On Sunday, I said, “Okay, but why should I do it?”

It’s the responsible thing to do.  I want the yard to look nice.  I want the neighbors to think I’m contributing to the beauty of the neighborhood (joke’s on them, I have not inherited my mother’s green thumb or enthusiasm for gardening).

It would make me happy to accomplish this task because it will make other people happy, too.

When I stopped to think why I was doing it, I was a lot more happy to do it.  Mowing grass still sucks, sure, but it feels good to have done it.

Just that shift in my attitude made it more pleasant and I was happier to mow the grass.

Similarly, I had lunch with an old co-worker the other day and as I was lamenting how I wasn’t where I thought I should  be in life, he took his chop stick wrapper and hit me with it every time I said should.  You don’t realize it until someone smacks you each time you say it how much you say it!

I encourage everyone to check out the TEDx talks when they’re posted online and definitely spend time getting to know Britt and In Pursuit of Happiness.  Now who’s ready to stop with the shoulds?