I’m getting so good at posting Sunday Lately on days that aren’t Sunday. Better late than never, right!?

Awkward: I guess there really isn’t anything awkward I’m doing. The only thing I can think of is that awkwardness that comes from trying to code your own site when you really don’t know what you’re doing. Marianne at DYOB is the best resource for DIY blog design.

Awesome: I have been working on blog posts for AngelicaRoss.co (hopefully launching the blog next week but we’ll see!) and it feels good to be digging in to be a social media resource again. I haven’t written about that on here in a while.

Awkward: Referrals for financial planning help. I so wish I didn’t have to think about it. I am not a financial planner nor do I know a think about IRAs, mutual funds, etc, so I am blindly following whatever this guy tells me to.

Awesome: It’s weird to say I appreciate the air conditioning, but I do. I really try not to turn it on (I made it through last summer without turning it on until my mother visited in September and broke the streak) but this week has been so swampy at night that I have to run it or I wake up feeling sick. Sexy, huh?

Awkward: All the new stuff I need for a business. I feel like whenever I have cards printed up, something changes (my domain name, my email address, something) so it’s like…why did I bother?

Awkward: Everything on the radio sucks. Is it just me? Ugh. I’ve been listening to my old iPod in the car because I’m just so sick of the over-played junk that’s forced upon us from broadcast stations.

Awesome: I’ve gotten some classics stuck in my head recently. I had a playlist of ghetto rap songs that my best friend and I used to blast from my piece of crap Cavalier while driving around a really nice area so I’ve been humming some Trick Daddy and T.I. That should probably go in the awkward category, huh?

Awkward: My mom will be in town this coming weekend and she wanted me to go down to Virginia to see her the following weekend, so I’ll be expecting a lot of family time. Which isn’t awkward per se, but it does take a bit of self-control not to be the total opinionated pirate that I am and when I don’t exercise that constraint…it can be a little awkward.

Awesome: Although to my mother’s credit, she usually understands when I’m an opinionated pirate so that’s awesome. 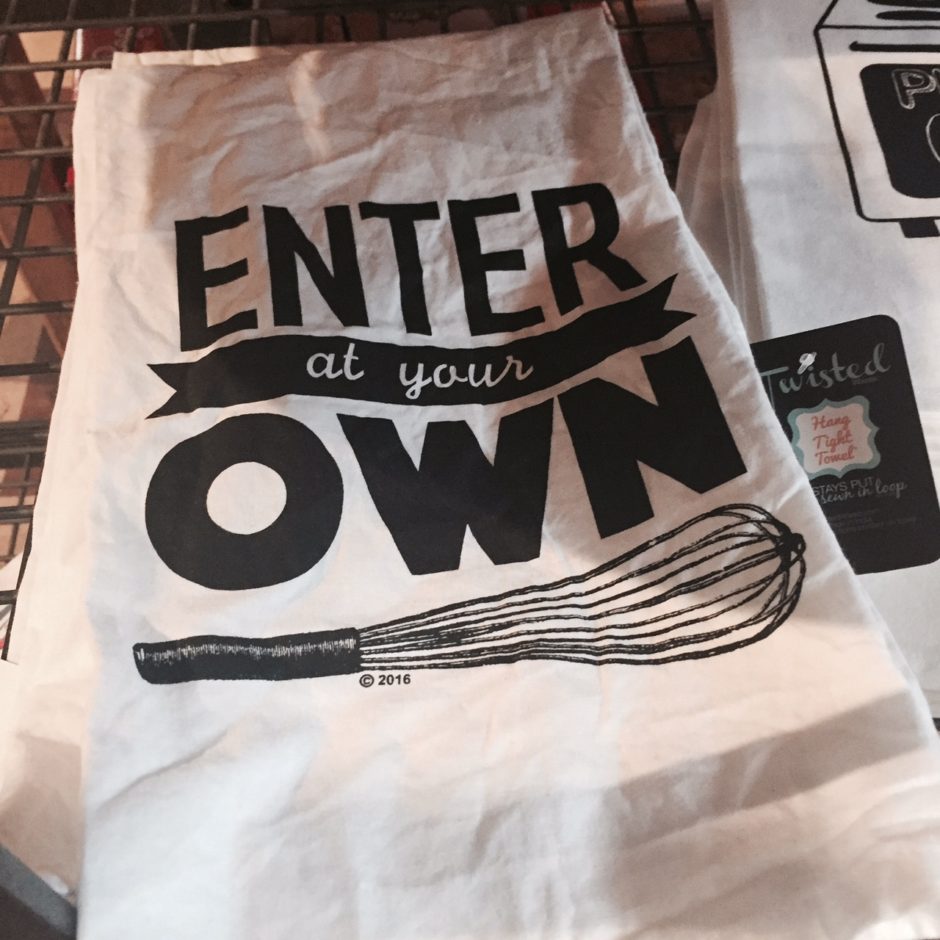 Last time she was here, I saw this. I love me some puns and kitchen puns are even better!

What have you been up to lately? Link up with us and share!